Raritan Valley Community College’s (RVCC) Visual and Performing Arts Department will present AND JUSTICE FOR ALL: an evening of art & conversation on social justice & equality, Saturday, March 30, at 8 p.m. The event will be held in the Edward Nash Theatre at the College’s Branchburg campus.

The program will feature professional music, theatre and dance works by RVCC faculty and guest artists that highlight issues of social justice and equality. In addition to the concert, a lobby display will feature thematic works of visual art and literature by RVCC professors and students.

Proceeds for the concert, which is being produced by Professor Loretta Fois, Director of RVCC’s Dance program, will benefit the New Jersey Institute for Social Justice (NJISJ). According to Fois, the event will be an opportunity to not only support the organization, but also to foster reflection on societal challenges. Founded in 1999 by the Alan V. and Amy Lowenstein Foundation, NJISJ is “aimed at toppling load-bearing walls of structural inequality to create just, vibrant, and healthy urban communities.”

Stephanie Nerbak will open the program with Caught in the Loop, a celebration of the value of art and the artist. Through movement, projection and an abundance of fabric, the piece explores historical connectivity, linking present to past at the intersection of art and politics. Nerbak is the Artistic Director of Nroot Danceart, a contemporary and experimental dance company that fosters holistic creativity in the process of dance-making. In 2017, she was a NJ State Council of the Arts Fellow, as well as a recipient of the Jersey New Moves Emerging Choreographer Fellowship from the NJ Performing Arts Center.

Other scheduled performances include: Dismantling the Racism Machine a collaborative theatre performance between the Meta Theatre Company and RVCC English Professor Dr. Karen Gaffney, author of Dismantling the Racism Machine: A Manual and Toolbox. The performance is based on concepts of racism and white supremacy from Dr. Gaffney’s book. MTC is a NJ-based social justice theatre company composed of women inside and outside the prison walls.

With only the clothes on our backs, by Dance Professor Loretta Fois, explores anti-immigration rhetoric and policies in the United States throughout history, juxtaposing it with the work of Hildegard von Bingen, a medieval composer whose work focused on mercy and acceptance. The character, an uber-American speaker at a National convention, slowly unravels as the inevitability of immigration comes to the forefront and she believes the country’s “Americanism” is therefore at risk. Fois, a 2017 and 2011 NJ State Council of the Arts Fellow, is Vice President of Dance NJ and Artistic Director of The Espressione Corporea Project.

Composer Dr. John Sichel, RVCC Professor of Music, will look at issues of economic and environmental justice in two short songs set to ancient text. In “Earth Song,” set to a Ralph Waldo Emerson poem, greedy litigants fight over ownership of the land, while Ubi Sunt Qui Ante Nos Fuerunt deals with the arrogance of aristocrats. Dr. Sichel is a 2014 recipient of a NJ State Council on the Arts fellowship in Composition. His recent recordings include John Sichel: Piano Sonatas and The Chamber Music of John Sichel. Dr. Sichel will be accompanied by Joy Hermalyn, who has appeared on Broadway in Fiddler on the Roof and received a BroadwayWorld Best Actress in a Musical award. Hermalyn’s diverse credits range from NBC’s Sound of Music Live! with Carrie Underwood to “Live from Lincoln Center” with the NY Philharmonic, to performances at the Royal Albert Hall in London and at New York City’s Carnegie Hall.

Kyle Marshall, a 2018 NY Dance and Performance “Bessie” recipient and a NJ State Council of the Arts Fellow, will present King. The dance uses Martin Luther King Jr.’s final speech, “I’ve Been to the Mountaintop,” as a soundscore. This solo highlights how ideas, words and actions can instigate revolution, and considers the effort and willing struggle of one body to create a better future. King was commissioned by Harlem Stage to commemorate the 50th anniversary of MLK’s assassination. Kyle Marshall Choreography sees the dancing body as a site for celebration, an igniter of social change and a container of history. Marshall dances with the Trisha Brown Dance Company and doug elkins choreography.

Universal Rebel, a hip hop/reggae collective whose mission focuses on “progressing humanity through the arts,” will conclude the concert with the group’s original song, “Justice.” Universal Rebel features Brandyn Heppard, the event’s MC and Professor of Philosophy at RVCC; Sherin Hanafy on vocals; Steve Ragusso on guitar; Willy Carmona on horn and percussion; Karl Schlegel on violin; Matthew McCormack on keys; and Sean Patton on drums. 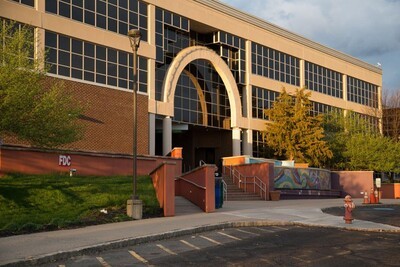 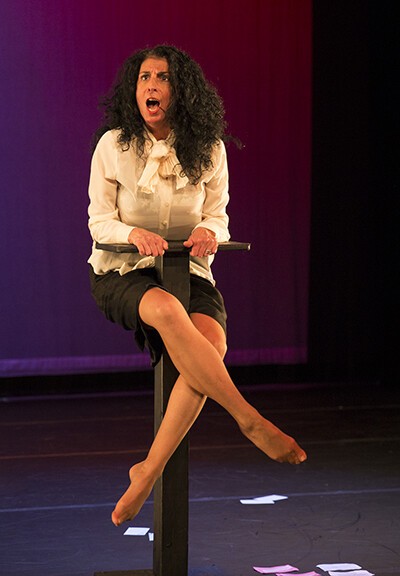 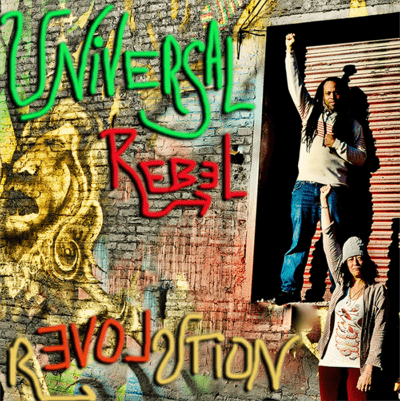