The Paul Robeson Institute for Ethics, Leadership, and Social Justice was founded in 1999 to preserve Paul Robeson’s legacy in the area where he came of age as an artist, athlete, orator, and scholar. The Institute envisions a global community of diverse cultures that embodies, through attitudes and behaviors, Paul Robeson’s ideals, beliefs, values, and vision for a world of justice and peace. 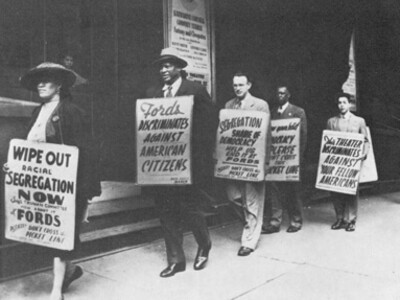 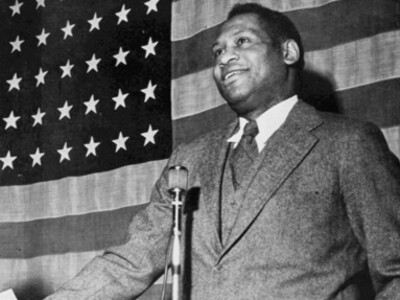 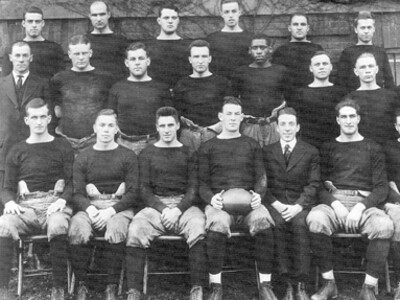 Mission Statement
The mission of the Paul Robeson Institute at RVCC is to provide resources and programming in various mediums that embodies the core values based upon Paul Robeson's vision for ethics, leadership and social justice for diverse communities and cultures while offering opportunities for civic participation and strengthening community partnerships.

Paul Robeson: Activist, Artist, Athlete, Orator, Scholar, Statesman
Paul Robeson, the son of a runaway slave, became in his time one of the best known men in the world. He grew up in the Raritan Valley Community College area.
An outstanding student and orator, Robeson was valedictorian of his graduating classes at Somerville High School and at Rutgers University. He excelled as an athlete at both institutions.

Widely honored and acclaimed as an actor on stage and screen, Robeson also was a noted concert artist. He often used the folk songs of varied peoples as vehicles for social protest and political activism.

Robeson left a legacy of achievement, courage, integrity and leadership. His commitment to equality and social justice for all people and his strong support for political causes defined his life and endeared him to the world.

The Institute provides programs for the College and the community.  Annual programs include:

The awards, which were established in 1990, honor outstanding high-achieving African American students in the areas of scholarship, athletics, the arts, and community service. Students in Somerset and Hunterdon counties are nominated by their guidance counselors, teachers, and school administrators for these prestigious awards.  Nominated students must be Black/African American, have a GPA of 3.0 or higher, and attend school or live in Somerset and Hunterdon counties.

For more information regarding these awards, please contact: Rhonda Stewart rhonda.stewart@raritanval.edu or robeson@raritanval.edu

The Paul Robeson Institute invites famous authors and scholars to speak about Black history and the consequences of racial prejudices for our society. The lectures focus on the achievements and accomplishments of African-Americans and their impact on society.

February celebrates the cultural, artistic, athletic, and scholarly achievements of Paul Robeson and other African-Americans who made contributions of various kinds to enhance our American society. The Paul Robeson Institute supports the numerous events that are presented for Black History Month at RVCC.

The Paul Robeson Institute for Ethics, Leadership, and Social Justice at Raritan Valley Community College in Branchburg is planning upcoming events focusing on the theme: “Artists are Gatekeepers of the Truth: Social Justice Examined Through the Voice of Art.” The programs are free of charge and open to the public with the exception of the Mozaika Concert.

Wednesday, April 6th - 4pm
Collaboration between the Center for Gender and Sex Equity and the Paul Robeson Institute for Ethics, Leadership, and Social Justice hosts...

A virtual reading and discussion with Ross Gay. Ross Gay is the author of four books of poetry: Against Which; Bringing the Shovel Down; Be Holding; and Catalog of Unabashed Gratitude, winner of the 2015 National Book Critics Circle Award and the 2016 Kingsley Tufts Poetry Award. His latest poem, Be Holding, was released from the University of Pittsburgh Press in September of 2020. His collection of essays, The Book of Delights, was released by Algonquin Books in 2019. One of his most famous poems, A Small Needful Fact, was written in response to the death of Eric Garner, a Black man killed by a New York City police officer in 2014. In response, Garner's last words, "I can't breathe," became an anti-racist rallying cry. Gay's poem alludes to these words as it discusses the "small needful fact" that Garner was once a horticulturist—and that the oxygen-producing plants he nurtured in life may have made it easier for others to "breathe." In this vein, Gay’s writing and poetry powerfully confront the pervasive nature of domination and oppression while also detailing delights, joys, and the often-unspoken systems of tenderness that sustain us.  Register Link

Girls to Women Conference
The Girls to Women conference is a collaboration between Raritan Valley Community College (RVCC) and the Raritan Valley Section - National Council of Negro Women (NCNW). The goal is to inspire young women of color from local high schools to be their personal best and to empower them with tools and information to make strategic choices as they mature into adulthood and approach college and/or career decisions. This program provides teenage girls and high school guidance counselors with opportunities to mutually explore and identify the challenges that confront young women of color and examine positive strategies for supporting them.

Girls to Women Conference Collegiate Edition
The Girls to Women Collegiate Edition conference is a collaboration between the Paul Robeson Institute for Ethics, Leadership, and Social Justice at Raritan Valley Community College (RVCC) and the Raritan Valley Section-National Council of Negro Women (NCNW) The Collegiate Edition is an extension of the High School program to support the female students of color at RVCC. The goal is to inspire, uplift and encourage the students to be their personal best and empower them with tools and information to make informed decisions while at RVCC and their future career aspirations.

A great amount of information on resistence to slavery and oppression is available online Just a small number of applicable web sites are listed below. Many of them provide links to related sites, including the Public Broadcasting System stations and their programs, the History Channel and National Geographic.


PAUL ROBESON, BIBLIOGRAPHY
Books by and about Paul Robeson
A comprehensive bibliography of books for adults and children about and by Paul Robeson and his life.


The LEARNING PAGE - click here
From Slavery to Civil Rights: A Timeline of African-American History (interactive)


CURRICULUM GUIDE
The New Jersey African American History Curriculum Guide, Grades 9 to 12
This valuable curriculum guide, authored by Larry A. Greene, Ph.D. and Lenworth Gunther, Ph.D., integrates the historical experiences and contributions of African Americans into the full spectrum of American history programs at the secondary level. Created to fulfill requirements of legislation passed in 1988 which authorized the New Jersey Historical Commission to create these materials, the guide is now available in this digital format.

Jim Crow
The January 2006 issue of neatoday, describes this web site as “The History of Jim Crow, an online exhibit sponsored by New York Life, takes the viewer on a tour of the origin of Jim Crow, and the struggles of a people to survive, resist, and overcome oppression. You’ll also find literature, eye-witness accounts, maps, image galleries and other resources that explore segregation, disenfranchisement, and violence that lay at the heart of the Jim Crow experience. Many teacher-created lesson plans are available.” The website was originally created in support of the PBS series The Rise and Fall of Jim Crow.

Menare Foundation
The Menare Foundation was founded by historian Anthony Cohen, who has physically retraced two Underground Railroad (UGRR) routes into Canada that were taken by slaves making their escapes from Maryland and Alabama. On one trek, Cohen recreated the ingenious Henry “Box” Brown escape. The foundation is dedicated to identifying and preserving the legacy and sites of the UGRR and operates Cooling Springs Farms, a verified safe house.

Schomburg Center for Research in Black Culture
This large, Harlem-based research division of the New York Public Library holds one of the largest collections of materials related to the history of peoples of African descent around the world. The Lest We Forget: the Triumph Over Slavery and other online exhibits are useful to educators.

Teaching Tolerance
The Southern Poverty Law Center is dedicated to eradicating hate and intolerance through education and litigation. It offers much fine, free print, media and online materials to educators, K-12, including its magazine, Teaching Tolerance, and a free subscription to its online curricular materials. The Center responds quickly through its web site to current issues, such as the Jena 6 case, providing teaching materials that can be used with students.

Your support can make a difference