The Theatre at Raritan Valley Community College in Branchburg is offering several works for children and their parents in February, including a show focusing on activist Rosa Parks and a stage version of the beloved classic, The Very Hungry Caterpillar. The productions, part of the Theatre’s School-Time series that’s open to the public, offer wonderful educational opportunities for home-schooled children. The following shows will be presented:

Marvin the Mouse journeys to the moon in this epic, glow-in-the-dark adventure about celebrating differences. What Marvin wants most is to be popular, but the “cool” rats think he’s a geek. To escape their bullying, he retreats into science books and a fantasy world where he’s the hero. Join Marvin as he blasts off and lands on the moon, where he meets a strange cast of misfit creatures, learns of infinite peril, and experiences awesome beauty. Staged in dazzling, luminescent black light, Marvin’s cosmic journey of self-acceptance is portrayed with humor and honesty as he shares the important message that being different is “cool.”

A determined activist named Rosa Parks refused to give up her seat on a city bus in Montgomery, Alabama. The resulting uproar launched the civil rights movement and changed our country forever. This acclaimed original production weaves together music and drama to tell Parks’ story from her childhood in rural Alabama to her famous decision to “sit down and be counted.” Exciting and inspirational, Walk On: The Story of Rosa Parks shows how one individual’s determination made all the difference in the struggle for freedom and equality in the United States.

Three beloved stories by award-winning children’s book illustrator and author Eric Carle are retold on stage through the magic of black light and fanciful puppets. The Very Hungry Caterpillar follows the wonderful adventures of a very tiny caterpillar as he eats his way through an amazing variety of foods on his path to becoming a beautiful butterfly. High up in the sky, Little Cloud playfully transforms himself into various creatures, including a sheep, an airplane and a shark. The Mixed-Up Chameleon tries to emulate the beautiful animals he sees before he discovers the value in being his own unique self.

Individual tickets in the School-Time series cost $10 each; $8 per ticket for groups of 100 or more. One chaperone ticket is provided free of charge for each 15 tickets purchased. To purchase tickets or for more information about any Theatre at RVCC production, call the Box Office, 908-725-3420, or order online at www.rvccArts.org. Subscribers’ packages are available. Senior citizen, student and group discounts are also available for most performances. 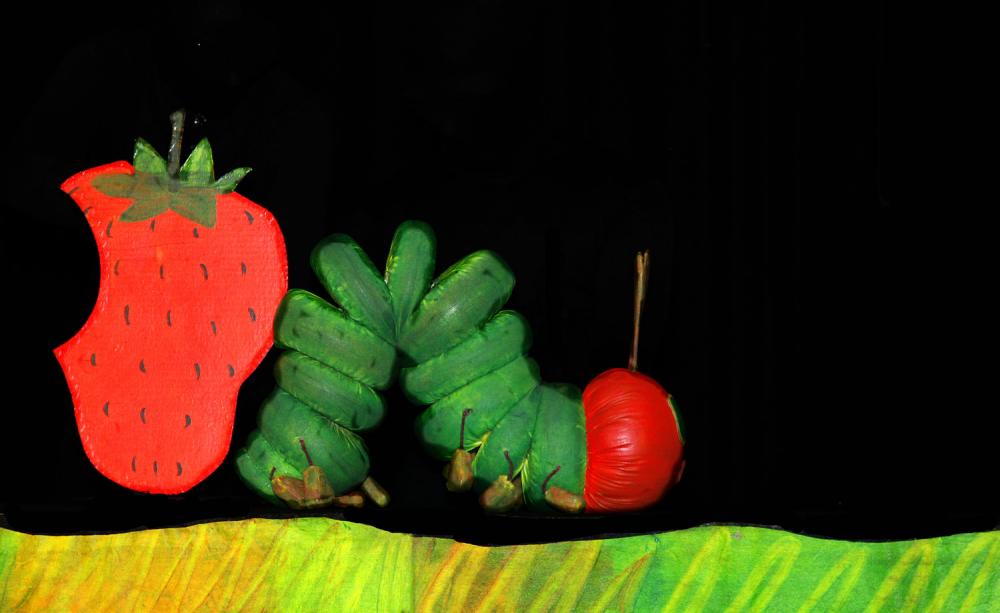 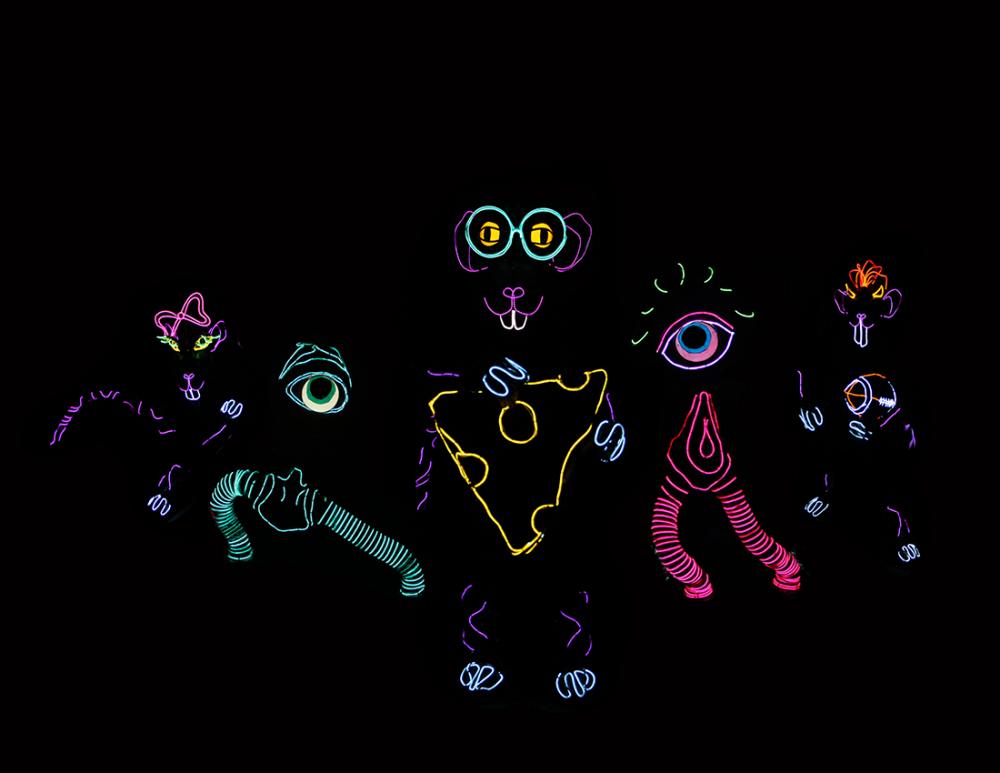 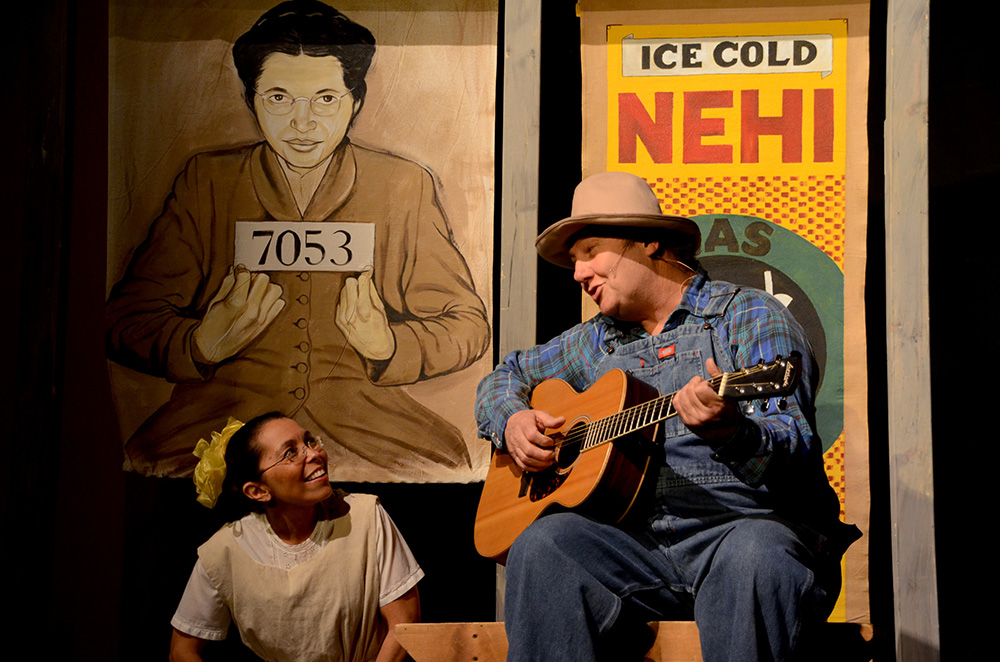 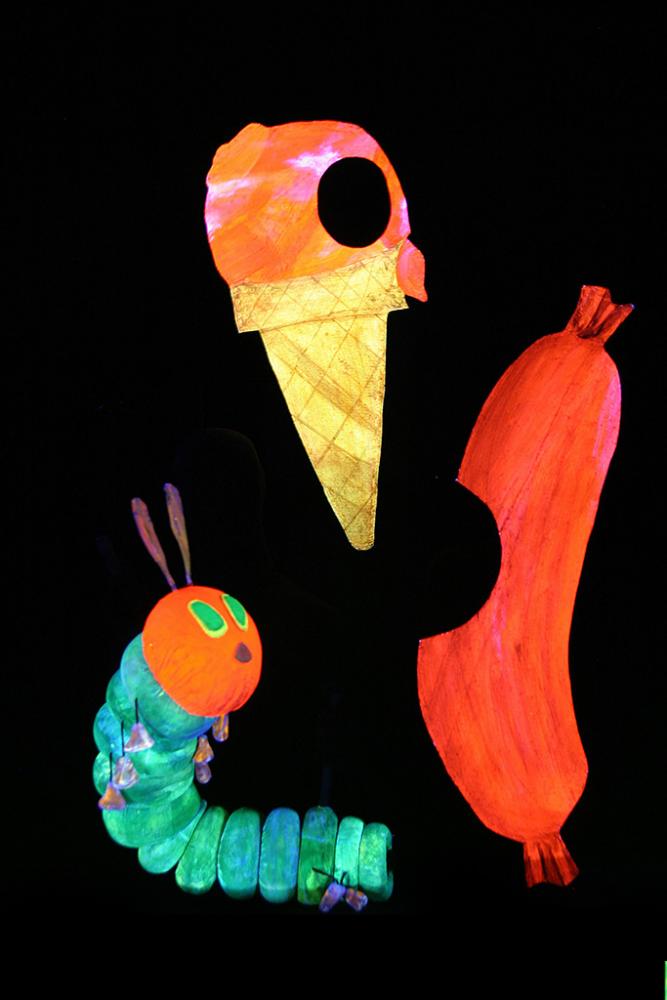