The concert will feature jazz standards as well as original compositions.

Jazz saxophonist George W. Michael, a music teacher with the New York City Department of Education, has appeared at a number of venues and with a variety of artists around New York City. Some of these include Carnegie Hall Music Educators Workshop, Stephen Oquendo Latin Jazz Orchestra, NYC Jazz Workshop, and the Michael Shirtz Quartet. He also was one of the founding members of the Washington Heights Jazz Festival, which features numerous musicians from upper Manhattan and the surrounding New York City area.

Pianist Matt Valerio is a native of Rochester, NY. As a high school student, he won the Best Piano Soloist Award at the Essentially Ellington Jazz Competition at Lincoln Center; the award was given to him personally by Wynton Marsalis. Valerio then studied Jazz Piano at the prestigious Eastman School of Music, where he received a Bachelor’s Degree in Jazz and Contemporary Media in 2008. Valerio was the recipient of many scholarships at Eastman, including the Howard Hanson Scholarship and the Rochester International Jazz Festival Scholarship. He is an avid composer and has co-written songs with Elvio Fernandes of the band Daughtry.

Jesse Breheney, a native of Newburgh, NY, in the Hudson Valley, began playing bass at an early age and working professionally in high school. He is a graduate of the Eastman School of Music and the Juilliard Pre-College program, where he studied jazz and orchestral music. Breheney has been based in New York City since 2008 and now lives in Washington Heights with his wife and twin daughters.

Tobias Gebb, a New York City-based drummer, composer and educator, has shared the stage or recording studio with such artists as Peter Bernstein, Donald Fagen of Steely Dan, West Coast pianist Smith Dobson, and rocker Lenny Kravitz. He has a Bachelor of Arts in Composition from Berklee College of Music, a Master of Arts from Manhattan School of Music, and a dual MSE in general and special education from The Bank Street School. His album, Free At Last, was in the Top 10 on American jazz radio charts, and, through his licensing business, his group Trio West has been heard on such shows as Dexter, Madam Secretary, Key & Peele, and others.

The MOZAIKA Concert Series is designed to promote multicultural dialogue through the performance of music from the classical canon through the 21st Century.

A post-performance discussion with the artists will follow the concert. General admission tickets cost $15 each; admission is free for seniors and students. For advance ticket reservations, contact the RVCC Theatre Box Office at 908-725-3420. For information, call the Arts & Design department at 908-218-8876.

Proceeds from the concert will benefit the RVCC Applied Music Fund to assist with scholarships and purchases of musical instruments for music students. 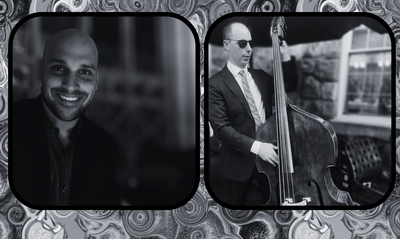 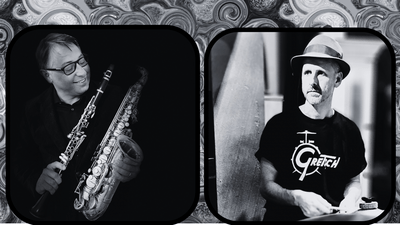