RVCC faculty and staff created a number of literary and artistic works, and received a host of accolades for their achievements, in 2018-2019. Following are some of the highlights:

Dr. Lauren H. Braun-Strumfels, Associate Professor of History, received a Fulbright U.S. Scholar Program award to Italy to research and teach U.S. History and American Studies. Braun-Strumfels is the first RVCC faculty member in over 10 years to be honored by the prestigious Fulbright Program. Braun-Strumfels will research and lecture at the University of Roma Tre in Italy. Her work is part of a project, “Immigration Restriction in Transnational U.S. History.” The RVCC professor will teach graduate seminars on U.S. foreign policy and immigration history in the University’s Master of Arts program in International Studies. She also will mentor graduate students.

Excellence in The Arts

The Visual and Performing Arts department—now called the Arts & Design department—was selected in April by the Somerset County Cultural and Heritage Commission for an Excellence in The Arts Award in the category of Arts in Education. The award recognizes the talents and achievements of the department’s faculty members and their commitment to their students’ success—from directing and coordinating theatre productions, art exhibitions, dance and music concerts; to helping design campus spaces; to hosting global gaming events; to forming articulation agreements with four-year institutions; to partnering with schools and community groups to bring the arts to a wide audience of ages and abilities.

Dr. Carl Lindskoog, Assistant Professor of History, shares his expertise in his new book, Detain and Punish: Haitian Refugees and the Rise of the World's Largest Immigration Detention System (University Press of Florida). According to Lindskoog, when an influx of Haitian migrants and asylum seekers came to the U.S. in the 1970s, the government responded with exclusionary policies and detention, setting a precedent for future waves of immigrants. Drawing on extensive archival research, including government documents, advocacy group archives, and periodicals, the author provides the first in-depth history of Haitians and immigration detention in the United States.

Charlie Bondhus, Associate Professor of English, is the author of a new book of poetry, Divining Bones (Sundress Publications). Masculinity and its permutations is a recurring theme in the author’s work. In Divining Bones, Bondhus uses “magick” and the occult to explore the fluidity of age, gender, and self-perception in this radical and playful book.

Michael Griffith, Adjunct Assistant Professor of Communication, is the author of two new poetry books: Bloodline (The Blue Nib) features poetry about families and domestic life, and the book’s title poem was nominated for the 2018 Pushcart Prize for poetry. Griffith’s second book, Exposed, offers poetry focusing on recovery, drawing on his experiences as a patient overcoming a disability-causing injury. The print version of Exposed was published by Hidden Constellation Press; the eBook version was created by Soma Publishing.

Darren McManus, Assistant Professor of Visual Arts, successfully rebranded Ajiri Tea and Coffee, redesigning the company’s visual identity and full-range of coffee and tea packages. Since completion, the company’s sales, distribution and partnerships have all increased, with Ajiri Tea and Coffee products now available in several hundred stores across the United States. Forbes named Ajiri's Coffee and Tea Gift Set as one of the nine best gift sets in the "tea and coffee" category for its 2018 Forbes Holiday Gift Guide.

A film project by Esther Duran, Assistant Professor of Film & Digital Media, was named Best Web Series at the prestigious Reel Sisters of the Diaspora Annual Film Festival and Lecture Series in New York City. One of the series’ episodes, “Chocolate, a Family Affair,” was featured in a screening and Q&A session in October at the Alamo Drafthouse Cinema, Brooklyn, NY. The series also was selected to participate at the Rio Web Festival in Brazil in November.

Dancing at the Fringe

The College’s talented dancers/choreographers were honored when they were chosen to perform with the Format/Mayhem Dance Company at the Rochester Fringe Festival, New York, in September. Loretta Di Bianca Fois, Professor of Dance, presented her work, “With only the clothes on our backs.” Marissa Aucoin, RVCC Adjunct Instructor, is the Artistic Director of Format Dance.

As part of the Vision 2028 Leadership Summit in November, the New Jersey Council of County Colleges presented the Community College Spirit Award to Lori Moog, RVCC Director of Service Learning and Community Outreach. The award is presented to a New Jersey community college employee for significant contributions above and beyond his or her day-to-day duties at the college. Because of Moog’s efforts, RVCC has a nationally recognized Service Learning program in which over 1,000 students contribute more than 50,000 hours of service to hundreds of local community organizations.

Alaysha Walker, Assistant Director of Student Life, received SAFE in Hunterdon’s 2018 Barbara W. McConnell Social Justice Award in November. The annual award honors an individual who exemplifies selfless giving to support survivors and raises awareness of domestic violence. Walker, a survivor of domestic abuse, was honored for her efforts to establish the “A More Beautiful You” Domestic Violence Awareness & Prevention Campaign. The initiative provides victims with tools to identify the signs of an unhealthy relationship and the local resources available to get help. Walker also established the “Adopt a Survivor Fund,” which raises funds to create survival packages for victims in two shelters.

RVCC Planetarium Director Amie Gallagher served as scientific advisor for two children’s books published by the Little Golden Book series. The Solar System is an illustrated book that brings the Solar System to life for preschoolers, with information about the planets, satellites, spacecraft and more. The First Moon Landing was published to mark the 50th anniversary of the Apollo 11 mission. The book details what happened on July 20, 1969 when two human beings walked on the Moon for the first time.

In honor of RVCC’s 50th Anniversary celebration, Harry Hillard, Adjunct Associate Professor, Communication and Languages, created The First Fifty, a film that reflects on the College’s first five decades. The film was screened at the College’s Golden Harvest Gala in October.

As part of the yearlong celebration, Darren McManus, Assistant Professor of Visual Arts, created the “Roots of Opportunity” environmental design consisting of 16 interrelated panels arranged in a grid. Each panel is a unique photomontage made digitally from scans of old photographs that were printed directly onto acrylic and mounted to the wall with 3/4" stainless steel offsets. On display in the lower level of the College Center, the environmental design is intended to introduce visitors and the College community to RVCC's rich history of academic excellence and innovation. 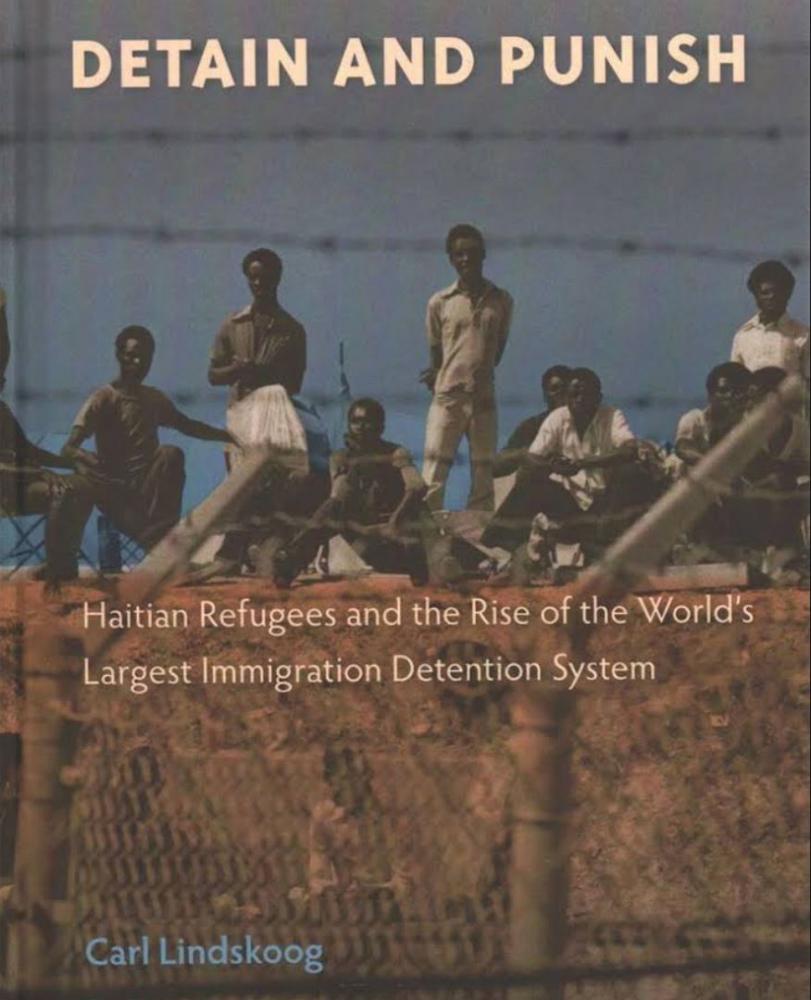 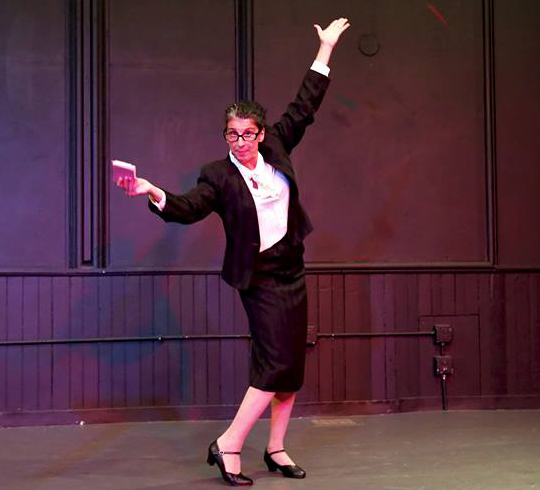 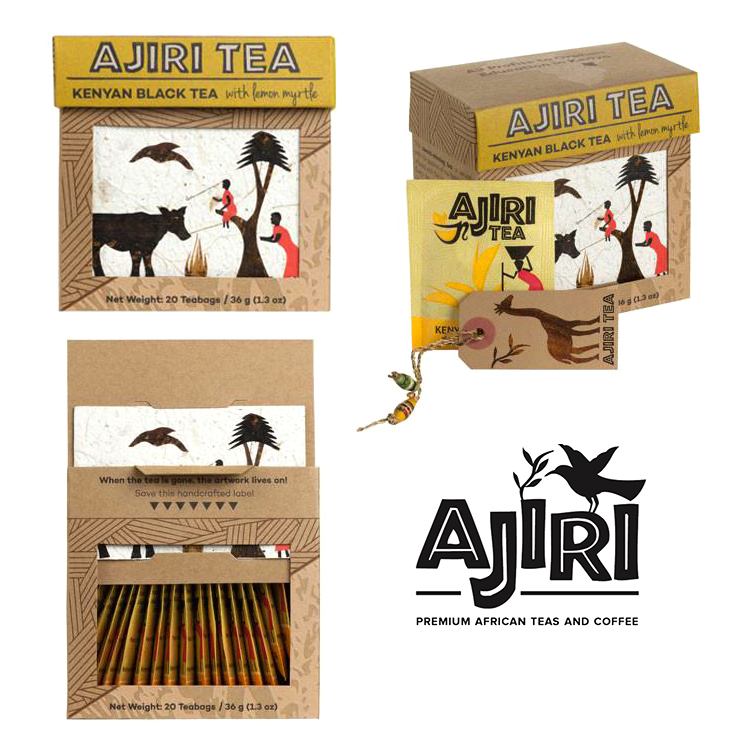 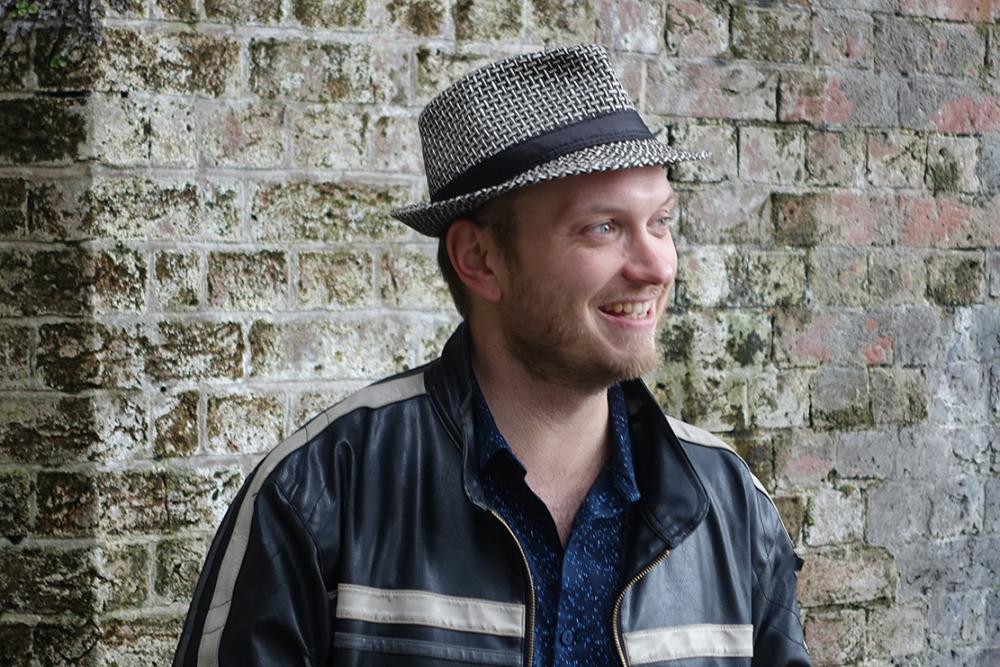 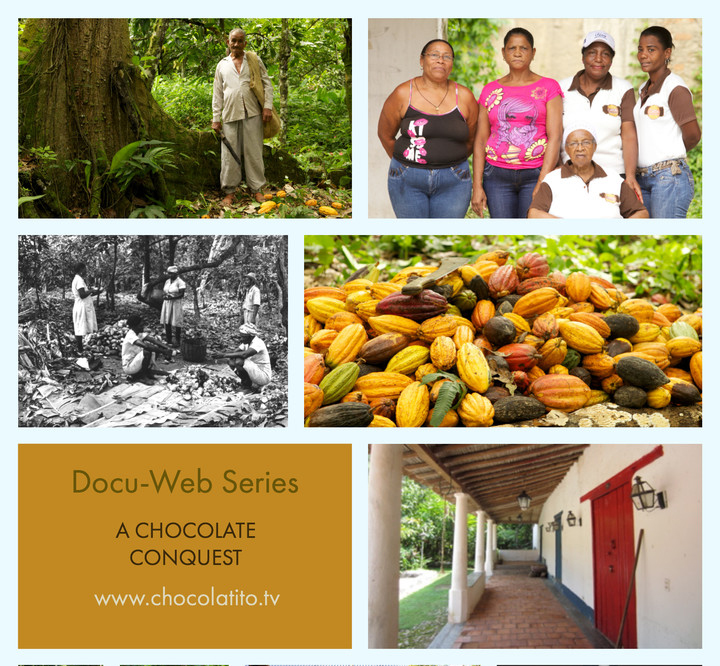 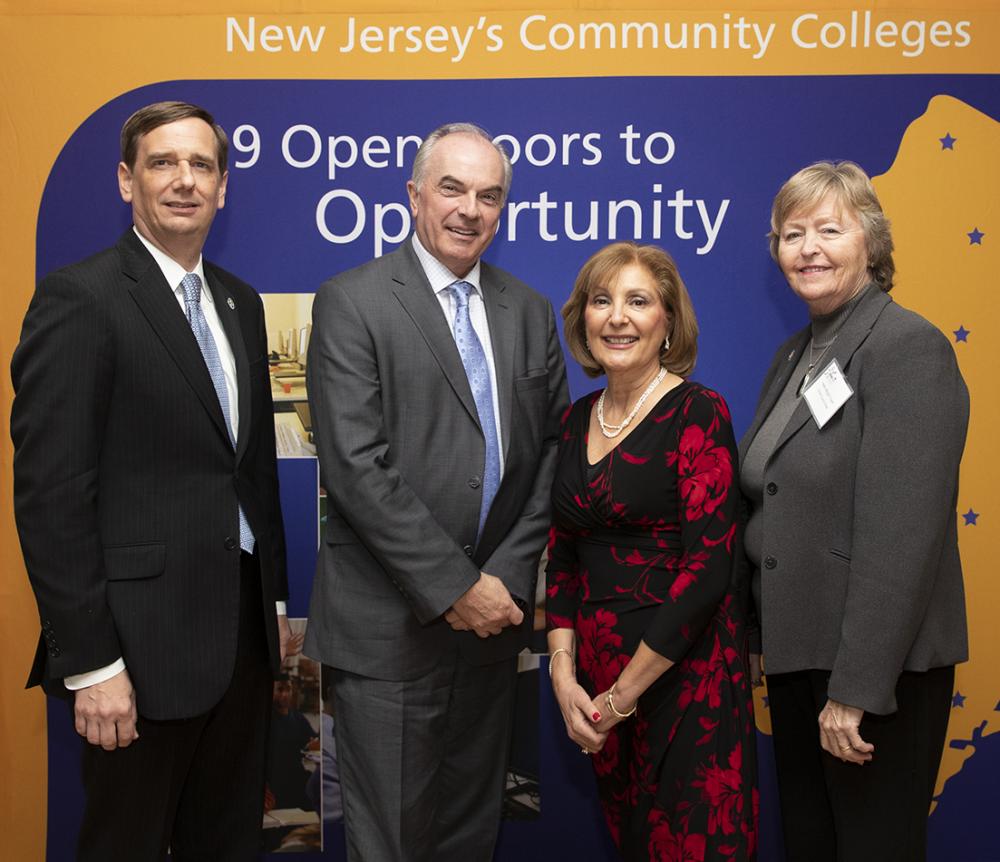 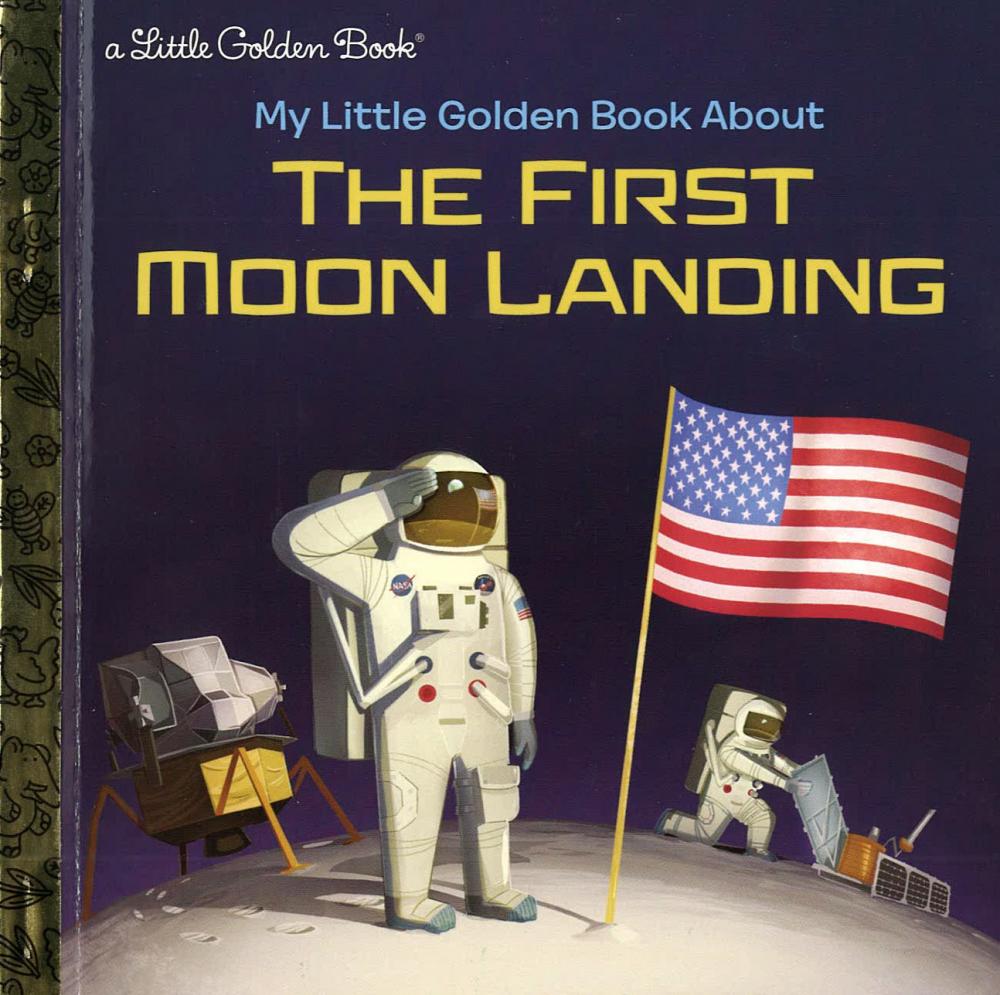