RVCC Planetarium Gears up for Viewing of Total Solar Eclipse The Raritan Valley Community College Planetarium in Branchburg will be heating up with excitement in August, as the Planetarium—and the rest of the country—prepare for a total Solar Eclipse on August 21. It is the first time in 99 years that the U.S. is experiencing a coast-to-coast total Solar Eclipse. While the “Path of Totality” for complete viewing of the Solar Eclipse will run diagonally across the country from Oregon to South Carolina, New Jersey residents will see approximately 75 percent of the Sun covered by the Moon.

The public is invited to attend a free, safe viewing of the Solar Eclipse on August 21, from 1-4 p.m., at the RVCC Planetarium. Those attending will participate in the viewing outside the 3M Observatory, which is located next to the Planetarium.

In addition, many of the Planetarium’s shows throughout the month will include a five-minute “Countdown to the Eclipse” segment focusing on the Solar Eclipse. The following shows will be presented at the RVCC Planetarium in August:

Astronomy Tonight, Friday, August 4, at 8 p.m.
Using the Planetarium’s DigitalSky digital theater, learn about the upcoming Solar Eclipse and safe ways to view it; then experience a guided tour of the night sky. Learn about some of the popular constellations visible from sunset to sunrise, as well as the stories behind them. Hear about how and where in the sky to find the brightest planets. Weather permitting, the 3M Observatory will be open after the show. (Recommended for ages 8 to adult).

Laser Modern Rock, Friday, August 4, at 9 p.m.
Enjoy a laser show featuring such hits such as “Radioactive” by Imagine Dragons, “Sky Full of Stars” by Coldplay, and “My Songs Know What You Did In The Dark” by Fall Out Boy. (Recommended for ages 10-adult)

To Worlds Beyond, Saturday, August 5, at 4 p.m.
Take a journey through the solar system. To Worlds Beyond features beautiful images taken from orbiting satellites blended with high-end animation and current information on our neighborhood of planets. The presentation includes the “Countdown to the Eclipse” segment. (Recommended for ages 10-adult).

Sunstruck, Fridays, August 11 & 18, at 8 p.m.
Discover the wonders of the Sun, which radiates energy in all wavelengths. How does it produce energy? What are its different layers? The Sun’s incredible energy has supported life on Earth for millennia, but it is now threatening our technology and way of life. Travel to the distant future to discover our Sun's connection to the Universe's cosmic cycle of life and death. The show includes the “Countdown to the Eclipse” segment. (Recommended for ages 10-adult).

Laser Beatles, Friday, August 11, at 9 p.m.
Enjoy a laser concert featuring songs from throughout the Beatles’ long career, including “Twist and Shout,” “Help!” and “Revolution.”

Pink Floyd’s Dark Side of the Moon laser concert, Friday, August 18, at 9 p.m.
Experience stellar sights and sounds while listening to Pink Floyd’s iconic album. Songs include “Speak to Me/Breathe,” “Time,” and “Money.”

The following shows have been specially designed for children:

Perfect Little Planet, Tuesdays, August 1, 8, at 2:30 p.m.; Fridays, August 4 & 11, at 7 p.m.; Saturday, August 5, at 2 p.m.
A family from another star system is seeking the perfect vacation spot. Fly over the surface of Pluto, our best known dwarf planet; sail through the rings of Saturn; avoid Jupiter’s lightning storms. Which destination will the family choose? The show includes the “Countdown to the Eclipse” segment. (Recommended for ages 6-12)

Earth, Moon, Sun, and Coyote, Tuesdays, August 1, 8, 15, 22, at 4:30 p.m.; Friday, August 18, at 7 p.m.
Coyote has a razor-sharp wit, but he’s a little confused about what he sees in the sky. Join this amusing character (adapted from Native American oral traditions) in a fast-paced and fun, full-dome show that tells Native American stories; explores lunar phases, eclipses, and other puzzles; and examines how humans learn through space exploration. The show includes the “Countdown to the Eclipse” segment. (Recommended ages 8-12)

Rockin’ Rocket Ride, Thursdays, August 3, 10, at 2:30 p.m.
Put on your space suit and blast-off into outer space to visit the Moon, Sun and planets. The show offers a lively experience for young people with selected music from "Journey Into Space" by Jane Murphy. (Recommended for ages 3-8)

Storybooks in Space, Thursday, August 3, at 3:30 p.m.
Enjoy story time at the Planetarium as youngsters learn about the stars and planets. (Recommended for ages 4-8)

Laser Pop Rock, Fridays, August 4 & 18, at 6 p.m.; Saturday, August 5, at 3 p.m.
Lasers “dance” across the Planetarium dome while music is played. Songs include "The Lion Sleeps Tonight" by The Tokens, "Campfire Song Song" by Spongebob Squarepants, and "Shake It Off" by Taylor Swift. (Recommended for ages 6-12)

SkyLights, Thursdays, August 10, at 3:30 p.m.
Young audience members can sing along with songs by mr. RAY (“Family Ride,” “Kalien the Alien”) and Jane Murphy (“Moon Rock Rock,” “The Planet Song”). Some songs are illustrated with lasers, while others feature video images. (Recommended for ages 3-8)

The Little Star that Could, Tuesdays, August 15 & 22, at 2:30 p.m.
Little Star discovers that there are different kinds of stars in the galaxy, but only the most special have planets around them. The show includes the “Countdown to the Eclipse” segment. (Recommended for ages 6-10)

The Problem with Pluto, Thursdays, August 17 & 24, at 2:30 p.m.
Follow Lucy on her trip through the solar system as she gathers data on Pluto’s status as a planet. Discover current information about the planets and investigate where Pluto belongs in the overall structure of our solar system. The show includes the “Countdown to the Eclipse” segment. (Recommended for ages 6-12)

The August 21 Solar Eclipse viewing at the Planetarium is free of charge.

Regular Planetarium show tickets cost $8 for one show or $14 for two shows on the same day. Reservations are strongly suggested for all Planetarium shows. For additional information or to make reservations, call 908-231-8805 or visit www.raritanval.edu/planetarium. 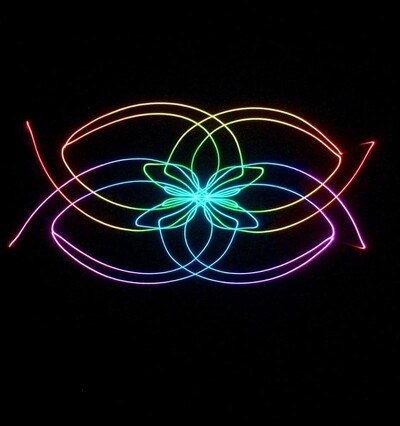 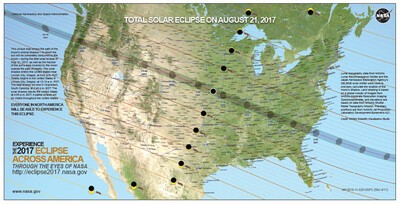 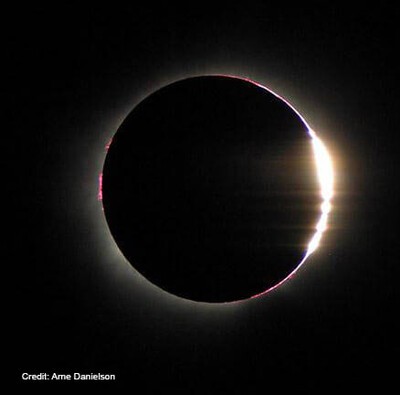