The Raritan Valley Community College (RVCC) Arts & Design department will present a concert featuring the performers of Trio Solace: Jacob Savransky (piano), Edward Li (violin), and Mark Serkin (cello), Sunday, October 17, at 2 p.m. The event, which is open to the public, will be held in the Welpe Theatre at RVCC’s Branchburg campus and also will be streamed live at https://www.facebook.com/RVCCMusic. Masks are required in all RVCC facilities and social distancing will be followed.

The concert will feature the following program: Piano Trio Pale Yellow by Jennifer Higdon; Gabriel Fauré’s Piano Trio in D minor, Op. 120; and Piano Trio No. 1 op. 3 in C minor by Ludwig van Beethoven. The performance is part of the department’s MOZAIKA Concert Series, launched in fall 2020 to help defray the cost of private instructional lessons for RVCC music majors. The series is designed to promote multicultural dialogue through the performance of music from the classical canon through the 21st Century.

Formed in 2020 at the height of the COVID-19 pandemic, Trio Solace made its debut at RVCC’s MOZAIKA Concert Series in early 2021. Soon after, the musicians were named recipients of Chamber Music America’s Ensemble Forward Grant, made possible by the New York Community Trust.

Pianist and music educator Jacob Savransky is a faculty member at the Riverdale Music Studio. He also maintains a private studio. A finalist in multiple competitions, Savransky received an honorable mention in the Puerto Rico International Piano Festival Competition (2017). An avid solo and chamber musician, he has played at such festivals as Castlenuovo di Garfagnana, Virtuoso Bel Canto, and Adamant, and has performed in the United States as well as in Canada and Europe. He has participated in masterclasses with such artists as Richard Goode, Robert McDonald, Evelyn Crochet, Ann Schein, Boris Berman, and Wei-Yi Yang. He received a Bachelor's Degree from the Mannes School of Music at the New School and a Master's Degree from McGill University.

Mark Serkin is a cellist, music educator, and chamber musician who has performed at Alice Tully Hall, Carnegie Hall, and at various other venues. His love of chamber music has taken him to perform at a number of festivals, including Meadowmount, Taconic Music, NOI, and Manchester Music Festival. A graduate of the Mannes School of Music, where he studied with cellist Jeffrey Zeigler, Serkin is pursuing a Doctor of Musical Art (DMA) degree at Rutgers University, under the tutelage of Jonathan Spitz.

Edward Li is a violinist and interdisciplinary artist specializing in historically informed performance and new music. He has appeared as a soloist at Carnegie Hall and has served as concertmaster for orchestras at Lincoln Center and New York City Center. A recent member of Juilliard415, Li has collaborated with the Martha Graham Dance Company, the Lincoln Center Theater Directors Lab, the New York Public Library, the New School of Jazz, and with various Grammy-winning artists. Previously a published mathematician and pastry chef, Li received his Master of Music degrees at Mannes School of Music and the Juilliard School.

A post-performance discussion with the artists will follow the program. The concerts in the MOZAIKA Concert Series are free of charge, but donations are accepted and will go to the RVCC Applied Music Fund to help the College’s music majors pay for private lessons on their primary instruments. 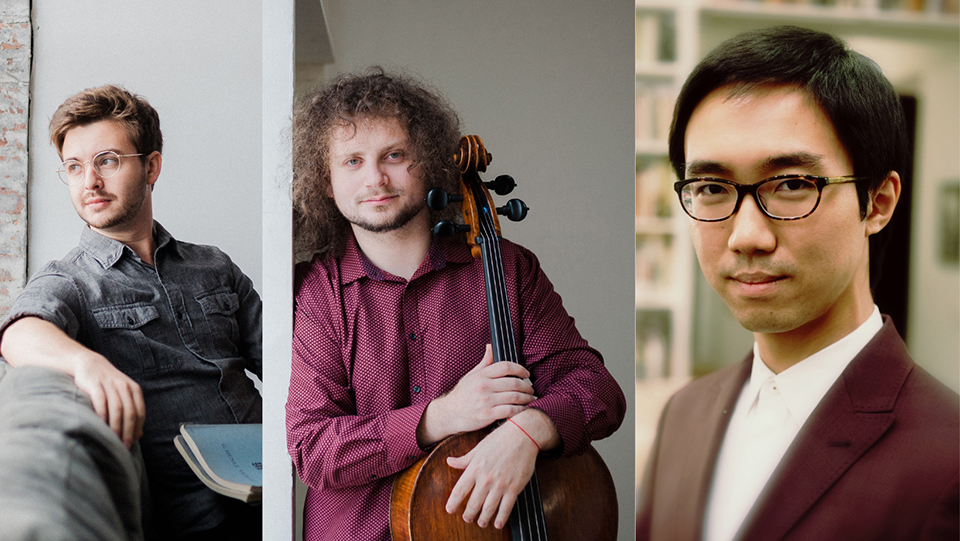