The Raritan Valley Community College Women’s Volleyball team had a stellar season, finishing with a rank of #9 in the country in the National Junior College Athletic Association (NJCAA) Region XIX. The 9th-place finish is the highest ranking in the program's history.

Last week, RVCC lost its first-round game in the national competition, 3-1, against Finger Lakes Community College. The loss meant that the team could only finish the tournament with a ranking as high as #9 if it were to win its last two games. The Lions then beat Rockland Community College, 3-1, to advance to the 9th-place game against Brookhaven College. Although the Lions lost the first two sets by large margins, they came back to beat Brookhaven in five sets with a final score of 3-2.

Expressing his pride in the team, RVCC Coach Phil Herro said, “We constantly talk about growth and becoming better than we were the day before, and this team has grown so much. This team fights and competes with the best of them. That last game against Brookhaven really says a lot about the character of these girls and their will to win."

RVCC freshman Kaili Fitzpatrick was one of just 12 players named to the All-Tournament Team for her tremendous performance in the games.

"We have a wonderful group of young women here and I am more than proud to be their coach. This group is very talented and I am honored and lucky to be around such inspirational, fun, hard-working, positive athletes every day,” continued Herro.

The Lions finished the season with an overall record of 24-6 and a 17-1 record in regular season Region XIX play. The team also captured its fourth straight Garden State Athletic Conference Championship and second Region XIX Title in a row. Kaili Fitzpatrick became the program's first Region XIX Player of the Year, while fellow freshmen Olivia Sims and Izabela Bar were recognized as First and Second Team All-Region selections, respectively. 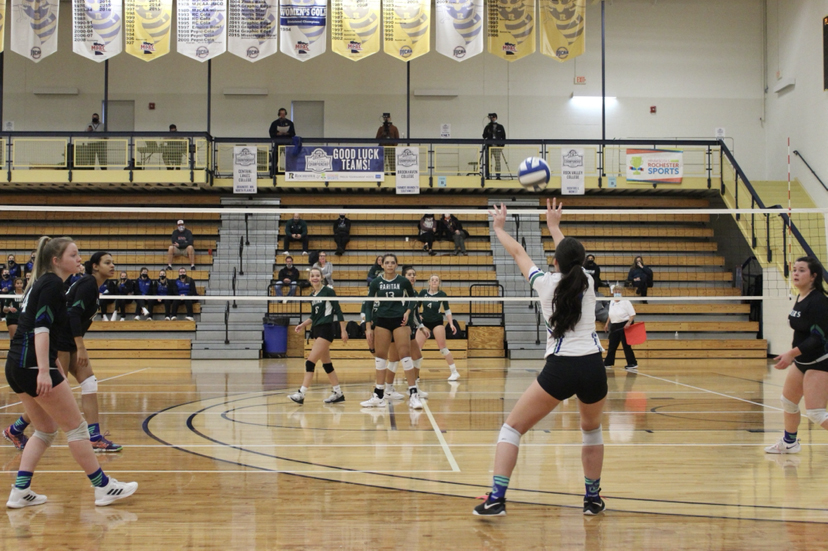