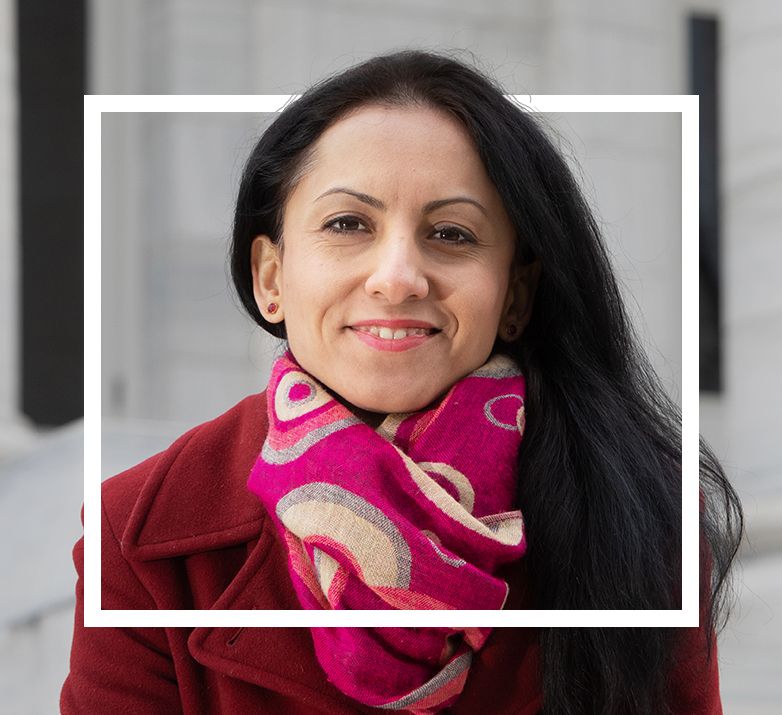 Born and raised in Iran, Faranak graduated high school there and pursued martial arts, competing in many national and international competitions. She got married in Iran and had a daughter there at the age of 23 before moving to the U.S. in 2009.

“As a non-traditional student who just immigrated to the country, I had no idea where to start and how to pursue my goals. RVCC gave me the opportunity to visualize my dreams and provided me with tools to achieve them. By the time I graduated from RVCC, I was more than ready to face any challenges at a four-year school and beyond that.”

“A small campus and passionate staff make RVCC a great home to anyone who seeks excellent education from experienced instructors. Attending RVCC was the best choice of my academic life.”

VP of the Rotaract Club; President of the Criminal Justice Club, where she established an annual career night; Completed over 200 hours of community service and received the Newman Civic Fellows Award, a national honor, in 2016.

Graduated from Rutgers University. Currently a criminal investigator for the Office of the Public Defender in Middlesex County. Planning to take the LSAT and attend law school, with the ultimate goal of becoming an immigration attorney.