The public is invited to attend a free screening of the documentary, Margit: Not A23029, which focuses on the life of Holocaust survivor Margit Feldman of Somerset, February 28, at 7 p.m., at George Street Playhouse, New Brunswick.

The event is being presented by George Street Playhouse in conjunction with the Institute for Holocaust and Genocide Studies at Raritan Valley Community College, Branchburg. Margit: Not A23029 was created and directed by filmmaker Harry Hillard of Bridgewater, an Adjunct Associate Professor of Film at RVCC. The film’s producer is Peppy Margolis of Clinton, RVCC Director of Community Programs.

The 25-minute film focuses on Feldman, a Holocaust survivor from Hungary, as she creates a life for herself after experiencing the traumas of the Holocaust. Filmmaker Hillard captures the challenges for Margit as immigrates to the US by herself after the war. In the years that follow, Feldman shows that she not only a survivor of the Holocaust, but also but a wife, mother, grandmother, cousin, friend and public speaker. She dedicates her life to telling the story of her survival in the hope that future generations better understand the consequences of prejudice, violation of human rights and genocides that continue today.

A Charter Member of the NJ Commission on Holocaust Education since its inception in 1971, Feldman was one of the founders of the Institute for Holocaust and Genocide Studies at RVCC 36 years ago.

The film is narrated by Dr. Michael Berenbaum, one of country’s leading historians and scholars about the Holocaust. Berenbaum was the first director of the United States Holocaust Research Institute at the US Holocaust Memorial Museum. He also served as President and Chief Executive Officer of the Survivors of the Shoah Visual History Foundation.

Margit-Not A23029 is a semi-finalist in the Los Angeles CineFest competition in the Short Documentary category. The film was funded by RVCC; the Jewish Federation of Somerset, Hunterdon & Warren Counties; and Johnson & Johnson Health Care Systems Inc. Historical footage was provided by the US Holocaust Memorial Museum.

The event will include a question-and-answer session with Margit Feldman and Harry Hillard. A dessert reception will follow the program. Those interested in attending are asked to register online at https://tickets.georgestplayhouse.org/. For additional information, call 732-246-7717 or email boxoffice@georgestplayhouse.org.

To learn more about the Institute for Holocaust and Genocide Studies at RVCC and its other video and film projects, visit http://www.raritanval.edu/community/holocaust/index.html.

Raritan Valley Community College’s main campus is located at 118 Lamington Road in Branchburg, NJ. Serving Somerset and Hunterdon County residents for close to 50 years, RVCC is an educational and cultural center that is nationally recognized for its innovative programming, service to the community and environmental leadership. The College offers more than 90 associate degrees and certificates, as well as career training, professional development and personal enrichment courses. The College also has a performing arts center and planetarium.

RVCC is committed to offering a quality and affordable education through effective teaching, liaisons with the community’s businesses, and state-of-the-art technology. For further information, visit www.raritanval.edu. 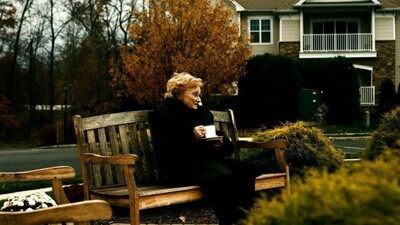 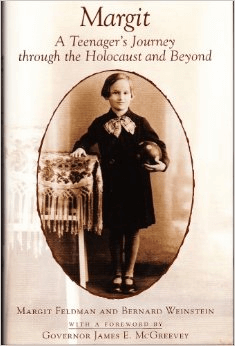